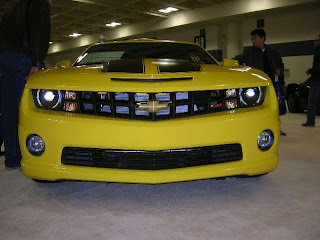 Donald IN THE DRIVER'S SEAT of BUMBLEBEE the famous Transformer's Camaro. 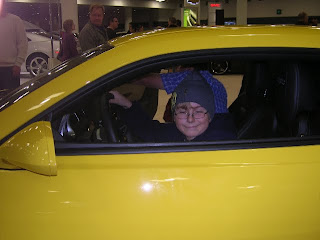 Here's the logo on the car (the flash made it not yellow.) 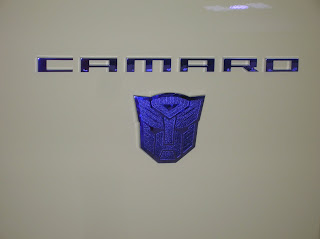 Donald swooning over his dream car, the new Lamborghini Murcielago. ($400,000) 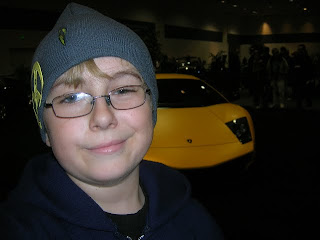 Meanwhile, Dave and I were interviewed about "our next car": the Nissan Leaf (click on the clip with the car picture) - http://www.ktsf.com/en/ - it's mostly Chinese... 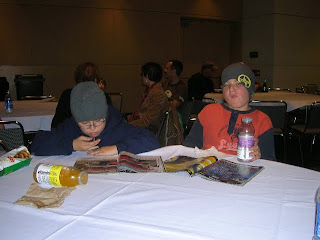 At lunch Donald and Ben, wearing the Scion beanies they won by knowing a lot about Scions, read Road & Tracks Donald dragged along. After lunch, I have a big surprise for them.... 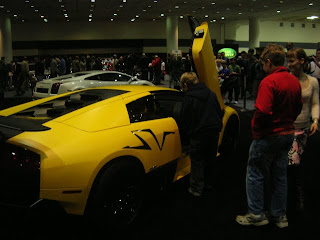 I know the lady who watches over the Lamborghinis....! 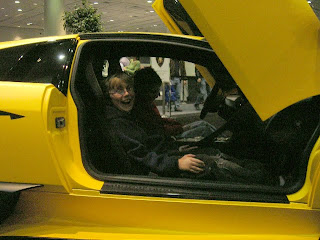 Shock and amazement. A 12-year-old's ecstasy. 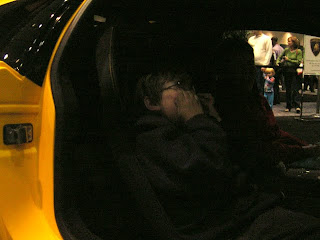 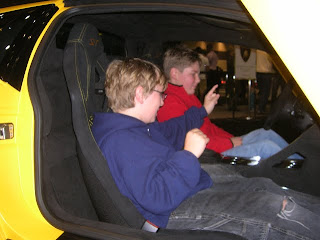 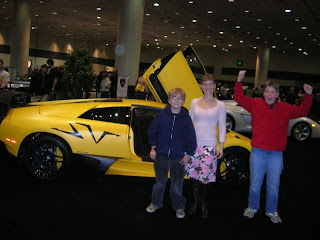 Kings of the world. Thank you, Kristi! 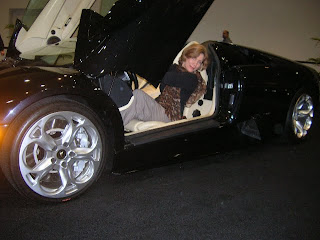 I like the black one. (Took off my baby-blue Nissan Leaf t-shirt for this shot.) 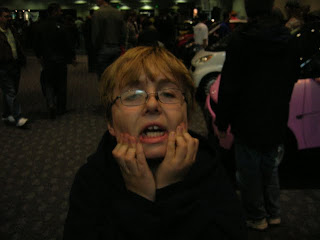 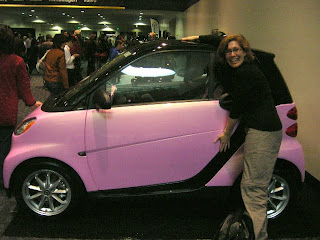 This thing's more my style. I can put a pink Smart Car in my purse when I'm not driving it. 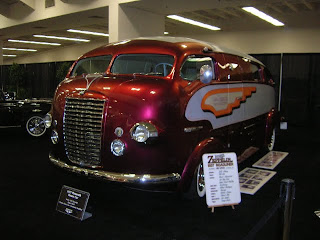 The coolest thing we saw... a restored 1932 "zeppelin" motorhome. 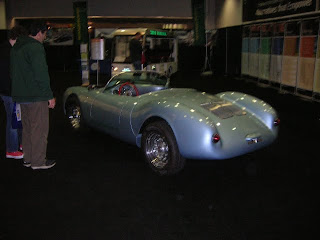 Email ThisBlogThis!Share to TwitterShare to FacebookShare to Pinterest
Labels: cars

I haven't blogged in ages. I haven't sent out an email to my fans since the reading of my musical in March. (Shortly after that, progress screeched to a halt.)

My day job has been keeping me busy. My incredible, enterprising mother, Louise Hart, started a new career (at age 70, mind you!) as a publisher, and I'm her graphics department. She's brought her friend Pat Palmer's books back into existence, in a twenty-first-century kind of way. People (especially school counselors and child therapists) are writing and thanking her because their old copies are worn beyond repair!

Then there are my artistic clients, Amanda Lockwood (painter), Pope Flyne (musician) and Merrill Collins (musician/publisher), who all have launched websites, albums, or other projects. I'm a big fan of all of them and glad to be part of their success.

In my spare time, I've been hard at work on a memoir of my cartooning career. Perfectly Revolting: my "Glamorous" Cartooning Career (working title) is coming out in March. March 14th, to be exact. Mark your calendars. Come to the party! I think you'll have as much fun reading it as I've had writing it.
Posted by Krs10 at 5:13 PM No comments: