At sunrise today, my 15-year-old and I were parked high up in Oakland’s majestic Mountain View Cemetery, sipping spicy chocolate (thank you Mayans) and waiting for the world to end. 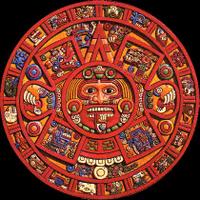 It didn’t, of course; every time we thought we spotted a zombie it turned out to be a pre-dawn dog-walker or jogger.

Stone angels, animals, saints, goddesses, and mythical creatures on the gravestones and tombs raised their wings, horns, hands, and faces to the sky, as pink light crept up the highrises in the distance. All morning the family’d been discussing all the possible world endings: nuclear war and winter; that asteroid; the Rapture. I told him about the four horsemen of the apocalypse and he immediately suggested how fun it would be to ride around town dressed in black, yellow, red and white with his friends. I told him about the seven seals.

The world has been ending for a hundred years or more. The seals have long since been broken. We tore open the seal of the earth’s crust to get to coal, oil, and natural gas, paying the price and reaping the benefits. The human body is no longer sealed; open-heart surgery overcame death for so many. Breaking the atom opened up our world to the horrors of fusion, but tapped into the power of the gods. The Exxon Valdez was only the first of many catastrophic leaks of earth’s secret goo into the clear waters of the life-giving oceans; now water lights on fire coming out of the tap.

The seal of mystery that shielded our knowledge of genetics was torn open to give us cloning, and all the varieties of birth we now routinely enjoy broke the sacred seal of the womb. We broke gravity’s spell with flight and space flight; the consequence being a tear in the sky, in the ozone layer that protects us from the life-giving sun’s dark side.

We destroyed the isolation of the Self and the Family with the warm lights and noises of communications. There is no longer a sense of space between us, since we can see each other’s faces and hear each other’s voices anytime we choose (if we’ve got the right equipment.) (Perhaps time itself has been broken now that we seem to record all of life’s moments). Even war no longer takes the effort of building up a militia or an army; it is practiced daily by children with strong thumbs. When guns are handy, it breaks out in its newest form—pure, random annihilation—in the unlikeliest of places.

A flock of birds passed by—seagulls and crows flying together. I told my son about the Thanksgiving we spent in Disneyland when he was three. It was the first year that The Nightmare Before Christmas took over the Haunted House. (Breaking a seal of some sort or other…) We stood on the platform of the train depot and surveyed the crowds on Main Street, excited for the tree to light up. But the cozy, private feeling that a crowd of humans gets when lights go on (be it for Christmas, Hanukkah, or Diwali) was spoiled by the non-humans who crowded the square. The raw voices of two hundred crows drowned out the Christmas music. When the flock took flight they darkened the sunset skies with their rushing wings, chilling our normal feelings of hope. Was it an omen? Sure it was. The millennium turned and more previously unimaginable horrors unfolded. Towers fell. IEDs exploded. Money was made. All the broken seals let in the hurricanes and fires, just as predicted. The theme of the times came clear, spoken best by former Nazis soldiers who had done their duty, kept ignorant of the great evil by their tiny field of vision: “We didn’t know.”

We turned on the radio to see if there was any news and, to our delight, REM was singing, It’s The End of The World As We Know It. “Do you think you’ll be tired of this song by the end of the day?” I ask the kid. “I could never get tired of this song,” he grins. “It’s awesome.” His dad played five more great songs before we left this morning: When the Sun Goes Nova by Bruce Cockburn; Apocalypso by Jimmy Buffet; ‘Love You ‘till the End of the World by Nick Cave, and ‘Til the End of the World by U2. The world ending is one of our favorite themes, celebrated by so many of our favorite books and movies. Dr. Strangelove. Mad Max. Planet of the Apes. 12 Monkeys. The Stand. Fight Club. Good Omens. 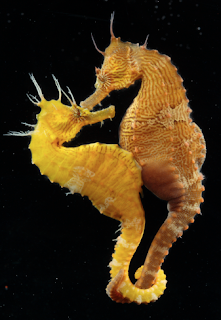 On some graves, beautiful paperwhites are blooming, traditionally the first flower of spring. “The world really is ending,” I say quietly. He asks me what I mean. “For the seahorses.” I’m wearing seahorse earrings. For the herps, honeybees, and snuffed-out songbirds. “Everything seems so normal and lovely up here, but we’re having the most massive species dieoff since dinosaur days.” “Oh, yeah, climate change,” he says, tired of science. Then the radio tells us Gangnam Style just got a billion hits.

Yes, we know we’re all just having fun with the day. “Hey, I just thought of something,” the manchild says. “Today a calendar ends, not time itself.”

I raise my Xoclatl to Mayans, who saw time as a circle. The circular heirloom pin from Guatemala that I’m wearing on my lapel is now obsolete. We sip our chocolate and trip on the moment; today ends not only a 5125 year cycle, but a 30,000 year galactic cycle and a bunch of other cycles, too. On the solstice, the world always feels like it’s ending. That’s why the early Christians put Christmas right after; pagans were already cheering the return of the sun.

I tell him about the Age of Aquarius, and the spiritual hope that what today truly symbolizes is a consciousness shift. Good riddance to this age of breaking, destroying, conquering, and dominating. We’ve all had enough of that. 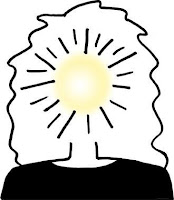 Worlds are big things that end and are born slowly, with many overlapping timelines. I spent the last months of 13 Baktun finishing a book about bullying, which frames the problem as an essentially spiritual issue, and a human rights issue. It’s got so much good stuff in it that it might make a tiny ripple that nourishes the new world that has been beginning for some time.

In some ways my own life feels as if it’s ended; after a few months of overlapping small-scale catastrophes (death, robbery, data loss, fallen trees, fender-benders), I wander around in a concussion-induced daze, tired all the time. My lights are low and I haven’t felt like myself in months. I said a silent prayer that tomorrow really would bring new goodness to earth, or just a good day.

Raindrops fell on the window and the headache was coming on. But the party didn't end.
Posted by Krs10 at 6:00 PM 1 comment: