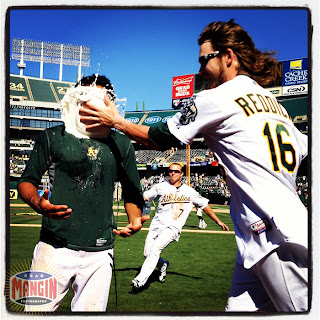 I don't know what the A's recipe for a success is this year (I suspect it has to do with math), but I just invented this dessert in honor of the Oakland A's. (There is no math required.)

Ingredients:
One box of Cocoa Crispies
One tub of Reddi-Whip
One handful of peanuts, in shell
1/2 cup butter
1/2 cup peanut butter
Green and yellow sprinkles
One Magic Marker

Shell the peanuts, throw shells on the floor.

In a microwave-safe bowl, mix four cups of the Coco Crisps with the "batters" and peanuts. Press into a pie pan and chill. When stiff, spoon the Reddick Whip into the shell. Sprinkle with sprinkles.

Serve directly to the face. 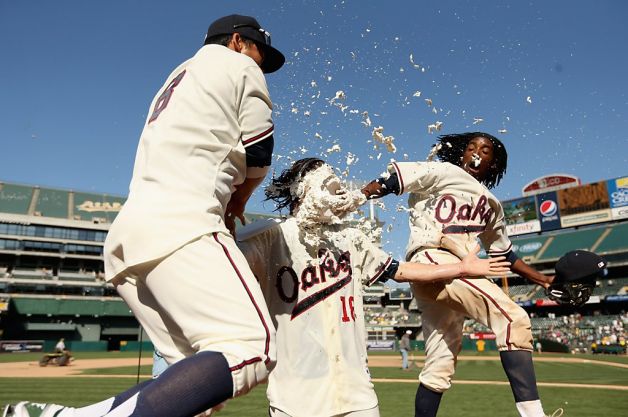