Why I Deserve a Nissan Leaf

We didn't answer this question properly when we made our 30-second video after the test-drive, so here it is... 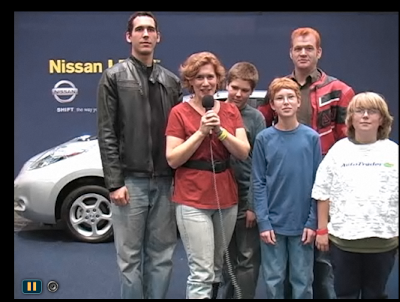 From right to left:

The problem is, who gets the Leaf if we win it? We all live within a few miles of each other, so it's not unlikely that we'd share. But we're a loving family and don't like to fight over anything, so we'd probably give it to my mom, who is awesome and deserves a new car for all she's done for all of us!
PLEASE VOTE FOR US! We'll give you a ride if we win! Thank you!
Note: Nissan only uses your email to count votes (you have to click a confirmation link), so there's no risk in voting.
Posted by Krs10 at 5:47 PM